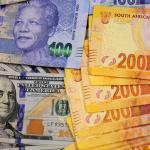 According to a report by CITE, the illegal parcelling out of land is rampant in Ward 6 which covers Nhlambabaloyi, Madlelenyoni, Mputshini and Mbelesiniwhere. The area is also home to illegal gold mining activities.

The land barons are allegedly working in cahoots with traditional leaders such as village heads.

They use international phone numbers in various WhatsApp groups targeting Zimbabweans based outside the country.

The stands are being sold for anything upwards of US$5 000, with potential buyers asked to US$350 to the village head and a further US$20 in registration fees.

Villagers who spoke to CITE said they were losing grazing land for their livestock through the illegal conversion of pastures into residential stands.

In September 2021, villagers wrote a letter to the District Administrator (DA) expressing their dissatisfaction over the matter. They said:

We the residents of Ntabazinduna under Umguza district would like to voice our dissatisfaction and concerns about the way our land is being sold by some village heads.

We are talking about communal land with no title deed or any development. This has been going on for the past few years and we as a community have not been consulted on the issues.

Your intervention in the matter will be greatly appreciated… We acknowledge that the village leaders report to your office and as such you have the power to intervene and stop this.

A Bulawayo based lawyer Tanaka Muganyi said it is illegal for traditional leaders, who are custodians of the communal land, to sell such land.

Meanwhile, Ward 6 village head, Bekithemba Ncube dismissed the alleged illegal selling of communal land in Ntabazinduna, saying those making the claims were being motivated by tribalism. He said:

Kufana lokukhuluma ngezinja ezikhonkotha zibaleka ezingafuni kukhonkotha inyamazana ziyibamba, take my message as it is, because we are the ones on the ground, we know everything that is happening, why is it that those who are doing illegal selling of stands are not being arrested and now they are barking whilst they are away.

The police are always here, they were given land, even the army bosses were given land. Those people who are complaining are basing it on why people from other areas are being given stands.

Minister of State and Provincial Affairs for Matabeleland North, Richard Moyo said he was aware of the illegal land deals in Ntabazinduna but blamed dethroned Ntabazinduna chief Nhlanhlayamangwe Felix Ndiweni for the vice. Said Moyo:

Chief Ndiweni is the one responsible for these illegal dealings, he left that kind of situation, so I think the Ministry of Land should stop it because I heard that he left his headmen in charge of giving people stands in grazing areas and people’s farms.

We are going to send the Ministry of Lands and the police to go and stop the illegal selling of stands because it is a crime since it’s happening within people’s farms and grazing areas.

By the way is Ntabazinduna the one on the Byo Gweru road, about 40 km from Byo?

This is Madness, hw cn they blame someone who is no longer im power.Vakadzinga Chief Ndiweni and now they blame him for giving land to Police and army bosses wen in actual fact its them that hve bn caught parcelling out land to pliz and vote buy.