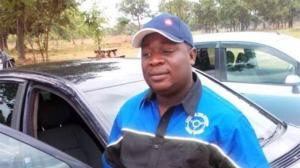 A 35-year-old land baron has been arrested on allegations of defrauding a city businessman of five top of the range vehicles worth over US$86 000 in exchange for five residential stands in the Westlea area.

Joseph Murimwa was arrested by detectives from the Commercial Crime Division (CCD) and is assisting with investigations.

The vehicles that the businessman was duped in the botched land deal are a Range Rover, Toyota Prado, Toyota RunX, an Isuzu KB250 and a Jeep Cherokee.

Police said sometime in 2018, the businessman (name withheld) who was looking for residential stands to buy approached his co-director who informed him that he had an uncle who was a land developer.

The businessman was then introduced to Murimwa who alleged that he had various residential stands in and around the city that he was selling.

The duo entered into a deal after the businessman informed Murimwa that he wanted five residential stands measuring 1 000 square metres each.

He was shown the stands but when the businessman was about to develop them, he discovered that stands do not belong to Murimwa.