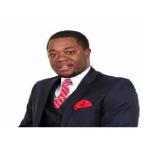 Kudakwashe David Mnangagwa who is believed to be a close relative to President Emmerson Mnangagwa has won a child custody battle.

Hall had approached the High Court challenging the decision of a magistrate who awarded custodianship to Mnangagwa. Said the judges:

The court proceeded to also consider case law authorities which emphasize that the best interests of the child are paramount consideration even for a child born out of wedlock. The case of Sadiqi (Frank Buyanga) versus Chantelle Muteswa HH249/20 sets out the legal position in respect to the custody of minors born out of wedlock and was relied upon by the court a quo.

Furthermore, the court a quo relied on the provisions of the Guardianship of Minors Act and the Universal Declaration on the rights of the child. These cannot be said to have been irrelevant considerations. One cannot therefore successfully impugn the court a quo’s conclusion that the best interests of the child in casu could best be served by placing her in the custody of a stable and responsible person being Mnangagwa. In the result, the appeal is dismissed with costs.

The court confirmed that Mnangagwa has always been a good father to the child while the mother was said to be a violent person and a drug addict who once stayed in a rehabilitation home for three weeks.

At one point Hall’s mother raised a point that her daughter was so desperate that she could sell her baby for drugs.

Mnangagwa through his lawyer Tinomudaishe Chinyoka also said his baby mama would threaten to kill herself each time he wanted to move out of their flat and Hall did not dispute this in any of her affidavits.