Killer Zivhu: I Won't Contest As An Independent Candidate 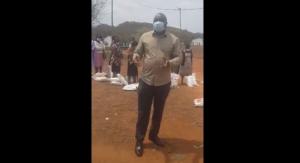 Former Chivi South MP, Killer Zivhu (ZANU PF), said he will not seek to reclaim his seat by running as an independent in the 26 March by-elections.

ZANU PF Masvingo Province under then-chairman Ezra Chadzamira recommended Zivhu’s expulsion from the party after he called for dialogue between President Emmerson Mnangagwa and the opposition leader Nelson Chamisa. He was eventually sacked from the ruling party in June 2020.

Speaking to NewsDay on Sunday, Zivhu said he had promised Mnangagwa that he would not contest as an independent candidate. Said Zivhu:

I made a pledge to the President ED (Emmerson Mnangagwa) that I am not going to stand as an independent.

It is not true that I will contest as an independent. I am not even in Chivi, I am in Harare.

I will not even go to Chivi. I will abide by my promise to ED and continue supporting him.

I started working with Zanu PF and I have supported the party so much since 1995 through donations and pledges.

I am a principled person. I have been preaching the Zanu PF ideology for over 22 years.

Now that I have a misunderstanding with my fellow comrades within the party, it does not mean that I should then renounce the same ideologies. I will continue supporting Zanu PF although I was fired.

Take this as an example, there are some people who support Manchester United, but they have never been to England, nor do they have the cards from the team.

Some support Dynamos but have never been to Harare that is the nature of die-hard supporters. It’s in the blood.

Proudly A Citizen for Change 🤝.

I AM ONE OF THOSE PEOPLE WHO WERE CANVASSING FOR KILLER ZIVHU TO CONTEST IN CHIVI SOUTH CONSTITUENCY AS AN INDEPENDENT CANDIDATE BECAUSE INDEPENDENT MEMBERS OF PARLIAMENT BRING CHECKS AND BALANCE IN PARLIAMENTARY DEBATES LIKE WHAT TEMBA MLISWA DOES.

HOWEVER, I AM A DEMOCRAT. KILLER ZIVHU MUST EXERCISE HIS CONSTITUTIONAL RIGHTS. BUT MR KILLER ZINHU, ARE YOU NOT INFRINGING ZANU PF SUPPORTERS RIGHTS BY CONTINUOUSLY ASSOCIATING WITH THEM YET THEY EJECTED YOU FROM THEIR POLITICAL PARTY ? THINK SERIOUSLY MR ZIVHU. YOU ARE INFRINGING ON OTHER PEOPLE'S POLITICAL RIGHTS.

Reply Report Abuse
I 5 months ago

Kambe ungathin when you benefited so much from zanu.

Looking for ways to be re-employed in Zanu