Karoi Farmer Garry Hobbs Has Not Been Evicted - Mangwana 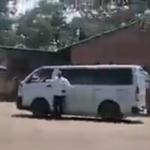 Permanent secretary in the Ministry of Information, Publicity and Broadcasting Services Nick Mangwana has said Karoi farmer Garry Hobbes has not been evicted and remains on his farm.

Hobbes, who has an offer letter from the Ministry of Lands, was initially served an eviction order in November 2020, with the eviction notice following on 30 March 2021.

The farmer and his family on Thursday woke up to a team from the Sheriff’s Office accompanied by armed police officers to enforce the eviction order.

But posting on Twitter on Thursday night, Mangwana said there was a farm boundary confusion that is being attended to by relevant authorities. He said:

Mr Garry Hobbs remains at his farm. He has not been evicted. The Second Republic stands for sanity on all farms and its policy is that all Agricultural Land should be used productively by beneficiaries.

The boundary confusion that obtained is being resolved by relevant authorities.

Hobbs was initially spared his farm during the violent and chaotic land invasions led by war veterans in the year 2000 after he voluntarily surrendered a portion of his farm.

THANK YOU CAMARADA MANGWANA FOR CLARIFYING THIS ISSUE. THE WRITER OF THE FIRST GAVE US A HALF BAKED STORY.

HE ONLY GAVE US THE STORY I SUSPECTED HE GOT IT FROM MR HOBBS AND DELIBERATELY LEFT GOVERNMENT COMMENT.

PLEASE JOURNALISTS, DO NOT GIVE US HALF BAKED STORIES. BALANCE YOUR STORIES SO THAT YOUR READERS MAKE CORRECT ASSESSMENTS AND COMMENTS.

Let's stop this madness once again thank you