Kanyemba Has Potential To Be The Dubai Of Africa - Minister 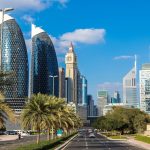 A senior government official has projected that Kanyemba, a border town in Mashonaland Central province, could grow and be Africa’s own version of Dubai due to its strategic location and potential for growth.

This was said by Mashonaland Central Minister of State for Provincial Affairs and Devolution Monica Mavhunga this Friday.

In her welcome message to delegates at the 19th Zanu PF National People’s Conference in Bindura, Minister Mavhunga said the town’s unique position of bordering three countries at once – Zimbabwe, Mozambique and Zambia – makes it a special asset to the province. She said:

As a tourist town, Kanyemba has the potential to be the Dubai of Africa. It unites three countries as one, and this creates a dream of constructing a wide and extensive bridge.

Minister Mavhunga expressed gratitude to President Mnangagwa’s administration for the devolution programme, which she said has brought development to all the eight districts in the province.

She also attributed the reopening of mines such as the Eureka and Shamva gold mines to devolution.

The government announced in August its plans to build new tourism and trade-based town in far-flung Kanyemba, right at the confluence of the Zambezi and Luangwa rivers that spill into Mozambique’s Cabora Bassa.

Information Secretary, Nick Mangwana, back then said over 2 000 hectares had been cleared for agricultural purposes by the Ministry of Agriculture.

He also said that a ministerial task force has been routinely visiting and assessing progress but he could not share the monetary value of the project.