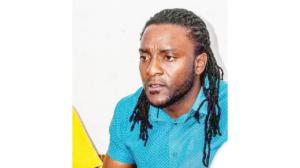 Kambarami lost the Ward 3 council seat following allegations of theft. The decision was, however, later dismissed by the Supreme Court and he has been awaiting his reinstatement since then.

Kambarami, through his lawyer, Maqhawe Mpofu of Samp Mlaudzi and Partners, challenged ZEC for listing his ward as vacant. Part of his application read:

Pending the finalisation of the application for a declaratur in case number HC 989/21, 5th Respondent be and is hereby interdicted from proclaiming or announcing a date for holding a by-election for Ward 3 in Bulawayo.
The Respondent who opposes this application be and is hereby ordered to pay costs of suit on an attorney-client scale.

Pending the finalisation of the application for a declaratur in case number HC 989/21, 5th Respondent be and is hereby interdicted from holding a nomination Court for Ward 3 in Bulawayo by virtue of proclamation of an election date.

That was because one of the respondents in the matter, MDC-T said they needed time to go through the papers as they had been served on the same day.

IT IS EITHER ZEC CONFIRMS THAT THEY HAD MISTAKENLY OVERLOOKED THAT THERE WAS THIS HANGING KAMBARAMI CASE OR IF ELECTIONS GO AHEAD, THEN IT IS A CASE OF NO RULE OF LAW IN OUR BELOVED ZIMBABWE.

IN NORMAL AND LEGAL TERMS KAMBARAMI SHOULD HAVE BEEN REINSTATED LONG BACK. MDC T DILLY DALLIED BECAUSE THEY DID NOT WANT HIM TO BE REINSTATED.

THERE ARE 90/100 CHANCES THAT BYELECTIONS FOR WARD 3 IN BULAWAYO ARE GOING TO BE POSTPONED.