Jordan Zemura Named Among Young Talents To Watch In England 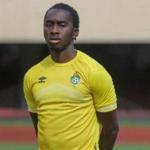 Warriors defender, Jordan Zemura has been named among the ten young talents to watch in England. The Zimbabwean international is part of the Warriors squad scheduled to participate at the upcoming Africa Cup of Nations (AFCON) finals scheduled to start on the 9th of this month.

Ben Fisher, The Guardian correspondent made the following list:

The defender has proven influential since impressing on his league debut in August in the Championship’s curtain-raiser, with Scott Parker entrusting him with being his first-choice left-back. This month Zemura, who spent three years at QPR, is set to represent Zimbabwe at the Africa Cup of Nations, three years on from working as a glass fitter after his release by Charlton. His biggest asset is surely his athleticism given the way he bounds up and down the flank. “It feels like my superpower,” he says.

The other players who made it into the Guardian’s top ten youngsters to watch in 2022 are:

The future is bright for Zim football 🤗🤗