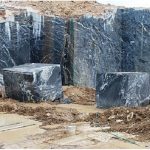 Jinding Mining Zimbabwe (PVT) LTD, a Chinese owned Zimbabwe registered mining company that is extracting the granite rock from Mutoko has refuted claims that it is planning to evict 50 villagers to pave way for mining activities. Pindula News presents the company’s statement:

2. Jinding has been in Zimbabwe for many years and has always complied with the laws of Zimbabwe with respect to its mining operations. And we have all the legal mining certificates and valid Environmental Impact Assessment Certificate.

3. There is a malicious and false accusation currently being circulated to the effect that Jinding has not properly compensated two Mutoko families for relocating those families from the Jinding mining claims there. As for the so-called relocation of 50 households, it is even more rumors and slander. The fact is that the mining project only involves relocation of THREE families.

4. These accusations are completely groundless. Jinding has all the relocation contracts and payment proof of proper compensation for the two families relocated by Jinding arising out of its mining operations. The compensation amounts cited in the media stories are false. The exact amounts were determined with mutual consent to the satisfaction of the relocated families and with the knowledge of the local councilor, community and representatives of villagers.

5. Jinding takes great exception to these malicious and false accusations and reserves its right to take the appropriate legal action against the purveyors of such false allegations. We will also request our lawyer to send a letter to relevant press and request relevant press to clarify the facts to the public and apologize to Jinding Mining.

My humble opinion is that we should not use vulgar language. Let's air opinions about stories posted. Let's also respect the countries leadership in as far as not using abusive language. Goodnight guys.

Thank you Pindula others are abusing this platform

Ladies and gentlemen, please be advised that it has come to our attention that we are being accused of being vicariously liable and responsible for all forms of vulgar language being perpetrated on this platform. We have pondered on some short term measures to bring this inhuman behavior to a screeching halt. Therefore, sooner or rather than later, we going to introduce an email based comment section where one is required to confirm his/her email password and phone number before posting a comment for the purposes of tracking those who are not morally upright.