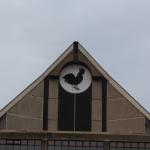 Sibanda was re-admitted into ZANU PF three years ago following a successful application together with other members that were previously expelled.

At some point, Sibanda served as the ZANU PF chairman for Bulawayo Province.

While Sibanda could neither confirm nor deny the reports during an interview with The Sunday News, party sources revealed that he had indeed submitted his papers.

The names of all those that submitted their curriculum vitae will be announced at the meeting.

ZANU PF National Political Commissar, Mike Bimha, said the party will receive CVs that were submitted by the contestants on Monday at the party headquarters in Harare. Said Bimha:

There are Provincial Co-ordinating Committee meetings going on around the provinces today (Saturday) and tomorrow (today), so I can’t comment until they finish their work on Sunday.

On Monday they will be bringing their CVs to Harare, so it is only when we get their reports that I can make a comment. At the moment it’s a work in progress, so I have not made any observations.

All aspiring candidates for the position of provincial chairpersons, chairwomen and youth chairpersons must have submitted CVs by last Friday.

The practice of asking aspiring candidates to fill vacancies in a political party should be extended to vacancies on boards of directors of parastatals. Most, if not all the time, one just wakes up to announcements saying so and so have been appointed board members of state owned enterprises without calls for expressions of interest to serve on those boards having been made. An online portal for submitting CVs for consideration for appointment was once introduced, but that system experienced lots of down times such that not many highly qualified candidates were able to successfully submit their application pack thereon. We could emulate South Africa ,Botswana, Rwanda, the United Kingdom, to mention but a few, that advertise all board vacancies in widely circulating print and electronic press. Doing so widens the catchment area of potential expertise as opposed to just making do with a government Minister's select few.

YES, JABULANI SIBANDA IS FIT TO RUN FOR POSITIONS KIKE THESE BECAUSE HE IS SEASONED AND FEARLESS. SOME SAY, "WAKAMBOREMERA ROBERT NA DOCTOR STOP IT".