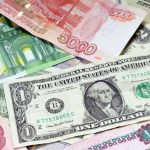 The Confederation of Zimbabwe Industries (CZI) has called on the Reserve Bank of Zimbabwe to ensure that the Dutch foreign currency auction rules are observed, which is not the case at the moment.

In a report published on Monday titled “The Currency Situation and Recommendations for Change”, CZI said the high demand for forex at the forex auction is a result of the inefficiencies or non-adherence to strict Dutch auction rules. It noted a number of red flags which are:

These are showing up in the delays in settlement, price increases and increasing inflation, which would unsettle the stability that had characterised the year 2021.

The predictability of the auction rate has seen participants becoming more cunning, knowing full well that if they bid at the previous minimum acceptable rate, they will still access foreign currency.

The risk of losing out, which was the basis for getting the correct price from the auction, has now been minimised by the RBZ preference to auction foreign currency that they do not have.

The extended backlog discourages players that have a genuine need for foreign currency and cannot afford to wait for six weeks while those that are importing simply due to the existence of cheap foreign currency do not mind waiting to get their bids honoured, even though they have resources tied down during the waiting period.

It is now profitable to import products rather than producing and sourcing locally due to the exchange rate distortions that have emerged from the auction market.

The same phenomenon is being observed at the bureaus de change with artificial demand for foreign currency both for local use (the US$50s) as well as for travel allowances (US$500) now being the norm.