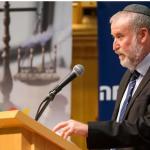 Until now, the attorney general has prevented the government from implementing policies whose sole intention is to encourage vaccination regardless of whether it is epidemiologically justified.

The prohibition included both the awarding of benefits to those who do get the vaccine and the imposing of restrictions on people refusing to get vaccinated.

The reversal came during a cabinet debate on a proposal that would restrict entry to malls to fully vaccinated people while prohibiting entry to unvaccinated people, even when they present negative COVID-19 test results.

It was also proposed that vaccinated people would be rewarded through a financial bonus or giving coupons to parents who vaccinate their children.

Deputy Attorney General Ram Nizri agreed in principle to allow the government to take action against unvaccinated people, restricting them even without a formal justification.

Nizri said if the cabinet approved such measures, the Health Ministry would need to write a memorandum stating that even though such a move lacked a direct epidemiological rationale, it was necessary due to its anticipated effectiveness in raising the number of vaccinated people.

The cabinet will be able to get legal approval for taking steps to restrict the unvaccinated in non-essential commercial and leisure venues. Moreover, there will be no limits on financial benefits the government will be able to give people who have been vaccinated.

Mendelblit’s change of policy follows similar moves around the world, as governments buckling under the pressure of the Omicron, a new variant, have notched up their efforts to incentivize people to get vaccinated, most recently across Europe.

Not an anti-vaxxer 4 months ago

So in effect vaccinations & restrictions on the unvaccinated lack "a direct epidemiological rationale' and 'a formal justification'....it is only 'necessary due to its ANTICIPATED effectiveness in raising the number of vaccinated people'.........Knowledge is Power