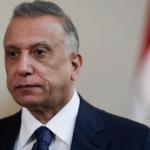 Iraq’s Prime Minister Mustafa al-Kadhimi has survived an assassination attempt after drones laden with explosives targeted his residence in the capital, Baghdad.

The incident raises tension in the country weeks after a general election disputed by Iran-backed militia groups.

Al-Kadhimi was not harmed, while some people in the house suffered injuries. They are receiving treatment,” the official added without giving details.

He later appeared on Iraqi television where he said rocket and drone attacks don’t build homelands and don’t build a future.

Iraqi President Barham Salih called the attack a “terrorist aggression” and a “heinous crime” against Iraq.