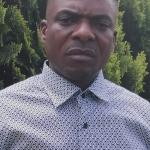 Opposition Ideas Party of Democracy (IPD) leader, Herbert Chamuka, says active and retired soldiers should not be in government or politics as the nature of their training disqualifies them for such offices.

Chamuka made the comments while speaking on the sidelines of the launch of IDP’s manifesto in Gweru on Sunday. He said:

Among the things we talked about today is the issue of soldiers. When we win elections in 2023, no former soldier will be in government.

Once a soldier always a soldier and should die a soldier. Soldiers are taught to kill, so they should not have any position in government or politics.

There is a conflation between the security services and government in Zimbabwe with a number of serving and retired officers embedded in government and other state departments.

Since the November 2017 military coup, some high-ranking military officers have been retired and redeployed to the diplomatic service.

In his address, Chamuka who is IDP’s 2023 presidential candidate strongly spoke out against corruption which has affected every sector of the economy. He said:

Our manifesto touched on different issues affecting the ordinary citizen among them education, health, economy and corruption.

… We are saying vote for new ideas. When we win elections in 2023, we are going to improve the livelihoods of ordinary people.

We are going to increase salaries and education will be free.

Chamuka expressed optimism ahead of the 2023 elections, saying his party will crush the country’s two main political parties, ZANU PF and MDC Alliance.

On the ballot paper Chamuka Herbert will be followed by
Chamisa Nelson. I hope this isn't their way to cause confusion

Ndangoda pekuti a soldier should not be in politics chete apo.