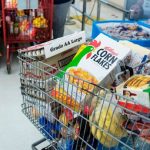 Economists warned yesterday that the fast depreciating Zimbabwe dollar could further push up prices of basic goods and trigger fresh inflationary pressures on the economy.

The economic experts noted that these were the same factors that triggered the 2007/2008 economic meltdown, which ended with a record 231 million per cent inflation, as per official statistics, and the collapse of the Zimbabwe dollar.

Zimbabwe’s currency lost much ground against the United States dollar on both the official and parallel markets in recent weeks partly due to the backlog at the foreign exchange auction system.

CEO Africa Roundtable chairman Oswel Binha said the real market is the parallel market which is currently trading at over $200 against the US dollar. He added:

If the situation remains like this, inflation will be way on top of the roof in Zimbabwe, which will see business profitability being affected.

This will erode salaries and affect disposable incomes. The continued depreciation of the Zimbabwe dollar is the manifestation of the insufficiency of the US dollar in the market.

He added that another problem is that costs of production are pegged at the parallel market, but revenue is pegged using the official exchange rate.

Economist Eddie Cross said the inflation had exceeded reasonable levels adding that a certain percentage of it was being imported from abroad because there is high inflation throughout the world.

Confederation of Zimbabwe Retailers president Denford Mutashu said the rise collapse of the local currency will affect prices both pegged in ZWL$ and US$ as the US dollar prices have also been going up once the local currency sheds value.

A snap survey conducted by NewsDay showed that by Thursday, prices of basic commodities had increased by between 30% and 50% in the past month.