Infant’s Body Found In A Bin At Pandari Lodge 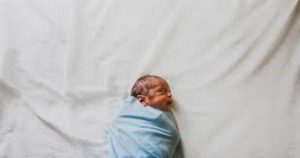 The Zimbabwe Republic Police (ZRP) has reported that an infant’s body was found dumped in a bin at Pandari Lodge in Highlands, Harare.

The discovery was made on Sunday the 30th of January 2022. Pindula News presents a police statement on the matter:

Police in Harare are investigating a suspected case of Infanticide in which an infant’s body was found in a bin on 30/01/22 at Pandari Lodge, Highlands. Anyone with information to contact any nearest Police Station.

Cases of baby dumping are common with some of the perpetrators citing many issues such as failure to locate the fathers of the babies.

Some say they are victims of sexual abuse, therefore, the child will be a constant reminder of the abuse.

There are some who cite the biting economy as the main reason for their decision to dump babies.

The nation is divided over how to handle such cases with some saying it is worth conducting in-depth research on the causes of baby dumping before punishment is meted while others are saying there is no justification for baby dumping.

The debate is almost similar to that of abortion.

Baby dumping is an offence punishable by law in Zimbabwe. Section 108 of the Criminal Law (Codification and Reform) Act forbids baby dumping and the ultimate penalty is a lengthy period in prison.