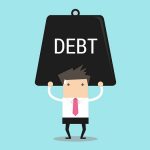 The International Monetary Fund (IMF) has revised its estimate for economic growth in Zimbabwe this year from 5.1 per cent to 6 per cent.

The estimate is still lower than the Government estimate of 7.8 per cent.

The IMF mission notes the authorities’ significant efforts to stem inflationary pressures. In this regard, contained budget deficits and reserve money growth, higher monetary policy rates, and more flexibility in the RBZ auction exchange rate, are policy measures in the right direction.

IMF also observed that Zimbabwe’s economy contracted cumulatively by about 11 per cent during 2019-20 owing to the combined effects of the pandemic, Cyclone Idai, a protracted drought, and weakened policy buffers.

Zimbabwe has struggled to secure bailouts from international lenders since the IMF pulled the plug over its failure to settle arrears in 1999.

The fund reiterated that while Zimbabwe had cleared debts owed to it, the country was not getting fresh funding due to a high sovereign risk stemming out of an unsustainable debt burden estimated at over US$20 billion.

Keep the good work of uniforming our nation with better news