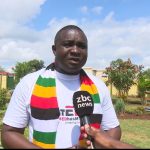 Killer Zivhu has reiterated his allegiance to ZANU PF despite numerous failed efforts to bounce back in the ruling party.

Zivhu was expelled from ZANU PF in June last year after he used social media to urge first lady Auxillia Mnangagwa and MDC Alliance leader Nelson Chamisa’s wife to push for dialogue between President Emmerson Mnangagwa and his rival.

He subsequently lost his Chivi South National Assembly seat but has vowed not to contest as an independent candidate in the upcoming by-elections in the constituency.

For this coming by-election, I can’t stand against the party that looked after me from 1994.

I am very sorry to disappoint so many people but as of development, we will continue complimenting the President’s Vision 2030.

I am a son of Zanu PF, you can’t change your surname just because the father has chased you away.

You must wait and see why he did that then come back at the right time. I am still young, and I hope to bounce back and contest in the same party.

Killer, how are you.

I want you in the party.