"I have no respect for Passion Java," Zimdancehall Musician Sez Calaz Speaks Out 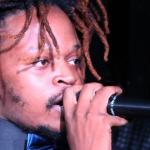 Popular Zimdancehall musician, Seh Calaz this week said that he has no respect for self-styled prophet Passion Java.

In an internet on Power FM, Seh Calaz said about Passion Javas conduct:

I now understand his behaviour. He is mad.
He takes everything as jokes but it’s not all matters of life that you can joke about.

What kind of pastor does that?

I grew up in the ghetto. Does showing off your wealth motivate anyone. How can i motivate young people by calling them thugs while showing off my wealth.

Motivating people and showing off are two different things.

He should also not use his links the (Zanu-PF) party in a wrong way. He uses it to abuse people. A political party doesn’t belong to any single person.
It belongs to the people. Nomatter how wealthy you are, you can’t vote once like everyone else. Even if you have $50 million you can’t vote 10 million times.

You must use a political party to threaten the people. He is mad.

Passion Java regularly uses social media platforms to post videos in which he boasts about the extent of his wealth and political influence in Zimbabwe. In several videos, he is seen showing off cars, houses, and expensive clothing.

Earlier this year, Passion Java was enlisted by Zanu PF to use his social media influence to drum up support for Emmerson Mnangagwa’s presidency ahead of the 2023 elections.

Watch the Power FM video below:

I don't want to judge but I side with Seh Calas.. I salute you Calaz you are the only one who saw this as an artist Mubhanditi To The Fullest....

Ko nyaya ya Freddy how far ???

Java is mad guyz. Now he is showing his madness now what kind of prophet is he.

Yaaa bhanditi....it shows that you are mature not moronic java

Java is a fake pastor stealing from the poor in the name of the Lord.I salute you Calaz coz you are the voice for voiceless