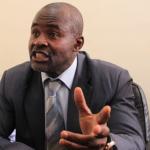 Norton legislator (independent), Temba Mliswa has expressed his frustration over the way President Emmerson Mnangagwa has run things since taking over from his former boss, Robert Mugabe, in 2017. In a series of Twitter messages titled Reflections on the Second Republic on its Anniversary, Mliswa also expressed his desire to be the Minister of Sports which is currently being led by former Olympics gold medalist, Kirsty Coventry. Pindula News presents Mliswa’s Twitter thread.

Reflections on the Second Republic on its Anniversary.

If anything exemplifies the hypocrisy in @ZANUPF_Official It’s the fact that today ED is running the country with most of the people who were there in 2004 when he was blocked from being VP& 2017 when he was fired.

What is striking about this is that no one has said anything about those episodes. The truth has never been said. A few people were singled out such as @ProfJNMoyo, @Hon_Kasukuwere, @DrGGandawa, @waltermzembi, the CIO etc. But only the army was clear in its support for ED.

In the run-up to November 2017, Mugabe had decided to remove all the service chiefs but they stood their ground. Chihuri was supposed to arrest Chiwenga who was in China but Sanyatwe and the Presidential Guard defended their Commander.

This led to the march against Mugabe when everybody went out. The army had to support this march because it was mobilised by the War Veterans& the people. Zimbabwe Grounds were full; opposition was there. Point being this was a Zimbabwe thing not a @ZANUPF_Official
event.

I, together with James Maridadi were supposed to move a motion for Mugabe’s impeachment but Monica Mutsvangwa moved it in the Senate& Maridadi seconded it in the Lower House. The Speaker of the House was under pressure because Bonyongwe as Leader of Gvt Business was blocking it.

Bonyongwe tried frantically to stop the process saying let’s wait for the Congress. However, the Speaker (Advocate Jacob Mudenda) stood his ground. The unanimous decision was that it would be too late. Oppah was called by some with the same ideas but she said we can’t stop now we will be killed.

It was a tense time such that even some Generals were becoming fearful. When it finally began it was an inclusive thing. Tsvangirai, @nelsonchamisa, @DrThoko_Khupe, @EngMudzuri all supported it. That is why I still ask why most of these people were later shunned out?

They could have been part of the new Gvt and things would have been different. Personally, I always wanted to be the Minister of Sports even during Mugabe’s time. I worked hard for this project and wouldn’t have been averse to a post in Sports Ministry to be honest.

I suffered during Mugabe’s time and was constantly arrested for being ED’s person. What did I get? More arrests. Today we have upstarts like Mudha telling Matanga to arrest me. Nobody can doubt the role that I played but I have suffered even after.

We can’t have the same today. We shall see what the likes of Mudha will say during elections. You get people saying the President doesn’t know what is happening but as the leader, you have got to control your dogs. They have to bite on your instruction only.

Mugabe didn’t know about it when Tsvangirai was beaten but that still got him out of power. He lost power due to reckless subordinates too. You cannot be arresting people just because you are powerful. That is where we say denga rinoona [heavens see].

Corruption has not stopped, it’s even worse. The Motlanthe Commission report has not been responded to. The Welfare of War Veterans. Reforms. Democracy. Stable currency. Human rights violations have continued. The economy is in a mess.

Before we seek engagements with the West there is a need for reconciliation with the opposition so that we have a unified voice in the global stage. It’s not the monopoly of the ruling party to advance the cause of the country. Being gung-ho& ignoring the opposition won’t work.

There must be reflections all around and the truth must be said. We can’t accuse everyone who says the truth kuti apanduka [has sold out]. I suffered for the President during Mugabe’s time. He knows that.

But the same is happening now. We all respect the President’s office but we will always be critical of what is wrong in a professional and respectable manner. Someone has to say the truth.

I support zanupf fanctions i enjoy seeing them fighting each other im waiting for another coup.

Those that are soft as wool do bite kkkk

Won't make such a blunder to appoint such.

Hauna dhiri msliwa, stay where you're

Imagin If we had two characters like mliswa fighting each other ..i would side with the other one

I like this guy, especially when it comes to issues of national interest. Also, that post of Minister of Sports position, ndinofunga kuti he truly deserved or still deserves it. Apa Themba wabaya dede nemukanwa.

Ehe as far as I know he is involved, personally, in sports development. He is very much involved so ipapa akutotaura zvaanoziva kuti he was also putting effort building. It's only that kazhinji people like him don't get posts they deserve because tinenge tichiti vane dzungu yet dzungu ravo riri good dzungu.