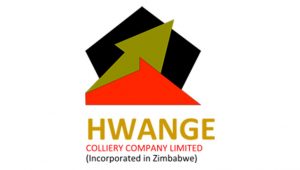 Hwange Colliery Company Limited (HCCL) has won a civil court order to evict about 200 former employees who had refused to vacate the properties saying the company owes them their terminal benefits.

Some of the affected former employees retired 10 years ago and have been staying in the company houses waiting for full payment.

The ex-workers are expecting around US$20 000 each, but the mining company claims to have fully paid them in local currency in monthly instalments of $300.

HCCL has now given the former workers until the end of this month to move out for new occupants.

The company won a civil case against ex-workers and has started giving eviction notices. They will be evicted at the end of February.

The ex-workers are refusing to vacate the Colliery houses saying the company owes them money.

THIS PROBLEM OF FORMER MINE COMPANY EMPLOYEES WHO REFUSE TO VACATE COMPANY HOUSES IS COUNTRYWIDE AND IT IS NOT NEW.

AT ONE TIME OR THE OTHER, MHANGURA AND ZVISHAVANE HAD THE SAME PROBLEM.

WHAT HAPPENS IS THAT THEIR WORKERS STAY FOR TOO LONG WORKING FOR THEM FORGETTING THAT THEY ARE STAYING IN COMPANY HOUSES WHICH THEY SHOULD VACATE WHEN THEY LEAVE EMPLOYMENT.

MOST OF THESE EMPLOYEES ARE ALIENS WHO DO NOT HAVE COMMUNAL HOMES. THEY DO NOT HAVE ANYWHERE TO GO.

ANOTHER POINT IS THAT THE EMPLOYMENT CONTRACTS OF THESE EMPLOYEES IS ABRUPTLY TERMINATED BECAUSE IT WOULD HAVE BEEN CLOSURE OF THE COMPANY OPERATIONS.

HCCL owed people salaries for up to 4 years. Imagine being owed USD$50k then wopiwa arima RTGS. So it's not about staying too long in company houses and forgetting it's not yours but it's about what is duly owed to you. Otherwise the problem might not lie with the company but kuti chaora chinhu ichi simpuru.
☝️☝️☝️

These are not terminal benefits but it's unpaid salaries. The company went for almost 4 yours without paying salaries. From 2012 to around 2015. I worked for this company for a good 14 years. After leaving the company, they owed me around USD$27k in unpaid salaries. This money was then converted to RTGS and every month I would be given the equivalent of my salary about 450RTGS. I thought I would at least build a house for my children but alas nothing came to fruition. I left the company house after I got another job at a different company. Imagine the disparity between 27k USD and 27k RTGS. Apa the govt is not doing anyhing about people owed salaries and terminal benefits in USD and being paid in RTGS.
So for this reason that I was robbed after serving for so long:
Ngaapinde Hake Mukomana
CCC ☝️
Yebo Yellow ☝️
Everywhere You Go ☝️