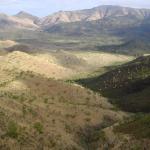 Five bodies of members of the same family who have been missing for over two weeks were found by a hunter at Mavuradonha Mountain on Sunday, police have confirmed.

The youngest is a toddler aged one, while the other four deceased persons are aged five, seven, twenty-nine and sixty-nine years, respectively.

Posting on Twitter this Sunday, the Zimbabwe Republic Police (ZRP) said the family, whose identity has not been revealed, left Manhondo Village, Mukumbura, Mt Darwin on 3 November on foot on their way to Guruve, a distance of about 200km. ZRP said:

The ZRP reports that bodies of five people aged sixty-nine years, twenty-nine years, seven years, five years and a one-year-old minor, were found at Mavhuradonha Mountain today by a hunter who then reported to the police.

It is claimed that the family had left Manhondo Village, Mukumbura Mt Darwin on foot on their way to Guruve, a distance of about 200km on 03/11/21.

In an unrelated development, police in Dema, Seke Rural, have arrested Ravison Simbini (41) for murder after he fatally assaulted his son Roy Ebenezer Simbini(14) with a leather belt last week on Monday.

Police said the victim had been confronted over allegations of drunkenness on the previous day resulting in the father assaulting him.