Hundreds Of Teachers Down Tools 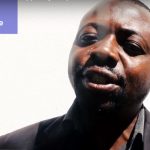 Hundreds of teachers boycotted classes on Monday to launch their 12-day strike over poor salaries and conditions of service.

In a statement, the Amalgamated Rural Teachers Union of Zimbabwe (ARTUZ) president, Obert Masaraure, claimed that 92% of their members did not report for duty yesterday to compel the Government to address their concerns. He said:

Congratulations to the teachers of Zimbabwe for once again defying the odds and embarking on successful job action.

Percentage attendance in schools dropped to an average of 57% across the country. 92% of the members of ARTUZ took heed of the call to withdraw labour.

From the pool of ARTUZ membership, only school heads are in schools. The ongoing 12 days of action are also receiving massive support and endorsement from the nation at large.

The Zimbabwe National Teachers Union of Zimbabwe (ZINATU) said its members had resolved to join other teachers in the ongoing strike, following wide consultations.

However, Primary and Secondary Education ministry spokesperson Taungana Ndoro said only ARTUZ and ZINATU members failed to report for work, which was an insignificant number. Said Ndoro:

As of Friday, we had 94,08% of teachers reporting for duty and that is very encouraging, with about 145 000 teachers in the country against ARTUZ (386) and ZINATU (50), who form a combined membership of 436 which is roughly 0,3% of the teacher establishment.

Public Service minister Paul Mavima refused to comment on the Government’s plan to address the demands of the striking teachers. He said:

Teachers fall under the Primary and Secondary Education ministry, hence the ministry is better placed to respond to your questions.