How Tagwirei Made Wealth From Trafigura Partnership And Spiralling National Debt 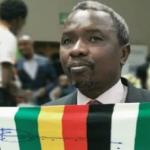 Local business tycoon, Kudakwashe Tagwirei, has reportedly earned at least US$100 million in fees from a partnership with Swiss-based Trafigura.

Together, they have profited extensively by dominating Zimbabwe’s fuel market since 2013. He is the owner of Sakunda Holdings.

Trafigura is said to have quietly extended US$1 billion in loans to the Zimbabwean government, at exorbitant interest rates, thereby worsening the national debt.

As the controversy grew, Tagwirei reportedly moved his business network offshore to Mauritius, where he secured a new near-monopoly fuel deal with the government.

Tagwirei, who is a close associate of President Emmerson Mnangagwa, is still active in mining and fuel deals in Zimbabwe.

Government officials appear on key company records and Tagwirei’s own correspondence, indicating that there might be more powerful people behind the network.

Tagwirei is said to have benefitted from Zimbabwe’s economy which remains in tatters despite Mnangagwa’s pledge in 2017 to turn around the country’s fortunes.

Over the past four years, public debt — much of it illegally accrued — has ballooned; a lack of foreign currency and fuel shortages continue to cripple the economy, and the value of Zimbabwe’s local currency has plummeted.

Kudakwashe Tagwirei, a tycoon known locally as “Queen Bee” because of his vast economic influence, has enormously benefitted from the opaquely awarded government contracts worth billions of dollars and preferential access to minerals as well as scarce foreign currency.

Sanctioned by the U.S. and U.K. for corruption, Tagwirei allegedly continued to do business by relocating his network to Mauritius.