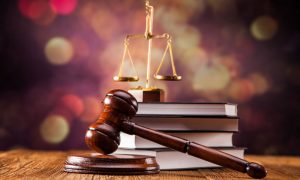 A Bulawayo couple has appeared before a magistrate facing charges of stripping and assaulting their maid for demanding her full wages.

Allegations are that on 2 January this year, at around 8 am, a dispute arose between Soneni Sibanda and her employer after she was given US$30 instead of the agreed US$80.

An argument ensued between the two parties and the couple subsequently ordered Sibanda to leave their home and she refused, demanding her money.

The couple then allegedly tore the complainant’s clothes and threw them out of the house.

Sibanda allegedly tried fighting back but was overpowered by the two who dragged her off their yard naked.

She called her husband in Gwabalanda who rushed to the scene.

The matter was then reported to the police leading to the Mutorongas’ arrest.

Those are allegations. The case is still in the courts and it can go either way.

MANY HOUSEMAIDS ARE ABUSED IN THE SAME MANNER AS SONENI SIBANDA WAS TREATED BY THE COUPLE DANIEL AND BRIANA MATORONGA.

APART FROM COMMITING THE CRIME OF ASSAULT, THE COUPLE ALSO COMMITTED THE OFFENCE OF UNDERPAYING SONENI.

THE LAW MUST TAKE ITS FULL COURSE WITHOUT FEAR OR FAVOUR.