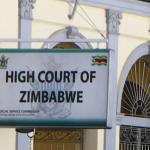 The High Court on Monday ordered the Zimbabwe Ezekiel Guti University (ZEGU) to shelve Students Executive Council (SEC) elections at the institution until a matter in which a student is challenging her disqualification from participation in the elections was resolved.

The ZAOGA Forward in Faith-run institution was taken to court after some aspiring candidates were disqualified on the grounds that they were not members of the ZAOGA church, could not speak in tongues and were not “spirit-filled”.

The elections were scheduled to take place on 12 November, but they were challenged on 10 November.

High Court judge Justice Webster Chinamora yesterday ordered ZEGU to halt the elections after one of the affected students, Modester Zinhanga, filed an urgent chamber application at the High Court.

Zinhanga is challenging her disqualification from contesting in the SEC elections on the basis that she is not a member of ZAOGA and did not show any evidence of speaking in tongues.

She is being represented by advocate Wilbert Mandinde, who is being instructed by Isheanesu Chirisa and Noble Chinhanu of the Zimbabwe Human Rights NGO Forum.

To protect the integrity of the electoral process, Justice Chinamora ordered the university to suspend the elections until Zinhanga’s case was finalised.

Discrimination at its worst