Here Is Why Load Shedding Affects Internet Connection And Signal 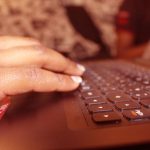 With load shedding becoming a norm again in Zimbabwe and its neighbour South Africa, many people are once again scrambling to find alternative sources of energy.

The power cuts not only keep people in the dark but also cause a serious problem for internet (fibre) providers and users.

Additionally, it also has an impact on our cellphone signal. But why is this the case?

When power outages happen, many fibre users lose their network. This is because when the electricity comes back, too many users try to reconnect at the same time.

This causes a significant delay because the systems that control the network become overwhelmed.

It might take two to three hours for everyone to be connected again.

Zimbabweans who rely on the country’s three main MNOs, Econet, NetOne and Telecel as well as major internet providers, ZOL, TelOne and Powertel are in one way or affected by the disruptions caused by power outages.

These batteries generally have a capacity of six to 12 hours, depending on the site category, and require 12 to 18 hours to recharge.

The constant outages are starting to have a direct impact on the performance of the batteries.

If outages continue, the battery’s integrity is compromised because of insufficient time to recharge and due to the excessive drain on the battery.

A Vodacom spokesperson explained that once power is fully depleted, the tower stops working entirely.

Depending on the configuration of nearby towers, this may cause customers to experience an intermittent service or an area to black out entirely.

Cell C’s acting chief technical officer, Schalk Visser, said “during extended periods of power failures, backup systems are not sufficient, resulting in a negative impact on customers as well as an impact on revenues.”

I would be most appreciative if you and your team at pindula.co.zw could nominate our company to be featured in in this article for 2022:

That is our expertise.

Whether the company is a start-up or one that has been in business for decades, NPI has the knowledge and experience to guide them from shipping to placing their products onto retail shelves.

As senior account executive for business development for NPI, I work daily with brands that have developed innovative products. But these companies haven’t entered the U.S. market, which is where NPI, a global brand management company based in Boca Raton, FL., comes in.

We make it simple for you by becoming your U.S. headquarters. You don’t have to hire a staff, rent office space, market your brand, find a warehouse, or deal with the Food & Drug Administration.

Through a one-stop, turnkey platform called the “Evolution of Distribution,” NPI gives you all the expertise and services you need to launch your product line here. We import, distribute, and market your product line.

NPI, along with its sister company, InHealth Media, collaboratively work to market your products to consumers and retailers throughout the U.S.

For more information, please reply to this email or contact me at gcohen@nutricompany.com
.

Unwise to buy daily internet bundles they expire b4 u exhaust then co of load shedding.😞😞😞😞😞😞😞😞😞