Heijin Speaks On Package For Uzumba Villagers Set To Be Evicted 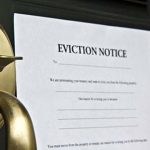 Chinese granite miner, Heijin Mining Company (PVT) LTD, which is being accused of putting up a mining operation in Uzumba that is likely to displace villagers, has claimed that only six villagers will be displaced by its activities.

This comes after the government last month issued a notice to shut down its operations in Kaseke Village in Uzumba after villagers resisted their removal from the 300-hectare piece of land earmarked for the operation.

But the miner yesterday said only six homesteads were directly sitting on the resources to be mined, and that it had already agreed on compensation with villagers. It said in a statement:

The mining project zone area has people occupying it.

They are sitting directly on the black granite rock to be mined. They are six and the company is prepared to compensate them as they are directly affected. We understand that there is a need to relocate them. A good place to relocate them has already been found. The affected will be given the opportunity to have first preference in gaining employment at Heijin provided they are able-bodied.

Heijin added that it shall build five-roomed houses with separate round-thatched kitchens, a double blair toilet with a bathroom, solar power for lighting per household, boundary fence for each homestead and security, drill boreholes for water and provide a good accessible road network.

The company is also set to construct classroom blocks, a clinic, supply medical consumables and provide the community with skills to engage in good agricultural practices as well as maintain the roads in the area.

2000 peanuts, should become shareholders instead

Think Chinese are here to slave us guys rethink b4

Once they are moved out, they will not be given some of what they have been promised. Ask people in Chiyadzwa they will tell you more. Vakatadza kupiwa compensation neDiamond kuzoti dombo granite, parikuvharwa vanhu apa

US$0 Harare
ITAI ZVAMANGAMUCHINGOITA 6 months ago

Its a good proposal but the villagers should not agree to be relocated before all the promises are met.These chinese makes good promises but are bad on delivery.

😂😂😂😂😂🤣🤣🤣🤣 but its a fact yaukutaura. In this century vanhu vaye vekuUzumba they shld be awake kuti all tbose individuals whom they voted r there to fatten their pockets not the general populace. Wake up call for them.

China chaiyo. Aaaaa hemeno. They have been deceiving them from Cape to Cairo. All presidents and Prime ministers are aware of this. These guys kana vada chinhu they can promise you anything. If they continue resisting they will be told that they will be relocated to the city of Zhong Zhi northern China. Or all their daughters will be married off to Chinese. China the best

Excellent,hope these promises shall be fulfilled