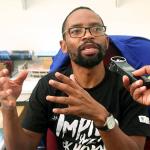 The Bulawayo Metropolitan Provincial Medical Director (PMD), Dr Welcome Mlilo, has dismissed as misleading a video currently making rounds on social media of a 27-year-old woman, Cleopatra Ncube, from Cowdry Park in Bulawayo who claims to have developed an adverse reaction to COVID-19 vaccination.

The woman alleged that her fingers and lower limbs dried up soon after getting jabbed with the Sinovac, a Chinese manufactured vaccine being administered in Zimbabwe.

According to the viral video, Cleopatra took the vaccine on 27 July 2021 when health officials were conducting inoculations in her neighbourhood leading to her falling sick soon afterwards.

Her condition, according to the video, deteriorated and she was taken to the hospital three days later where she was then admitted for two weeks.

However, her condition worsened and the doctors have since told her that she should get her feet and legs amputated.

Reacting to the video, Dr Mlilo said the girl in question had underlying health conditions which made her prone to dry gangrene.

He said the gangrene is caused by the chronic condition that she has and not by the vaccine.

Dr Mlilo urged the public to disregard the video and not fear the vaccines thinking they could cause gangrene. He said:

I would like to set the record straight that we, first of all, have vaccinated over three million Zimbabweans using the vaccines that we have.

Of those three million people which have received the vaccine, she is the only one who seems to have developed the symptoms that she claims are from the vaccines.

The second thing I would like to clear is that I saw the patient personally, I saw her at United Bulawayo Hospital (UBH) where she came and we admitted her to the ward.

I am a surgeon and I was working at UBH as a general surgeon before I was appointed as the PMD, so I know this patient specifically and I know that she has got another chronic disease that we know predisposes her to the gangrene that she has.

According to medical experts, dry gangrene may develop slowly and it occurs most commonly in people who have diabetes or blood vessel disease, such as atherosclerosis.

Gangrene happens when tissues in one’s body die after a loss of blood caused by illness, injury, or infection.

It usually happens in extremities like fingers, toes, and limbs, but you can also get gangrene in your organs and muscles.

My family and I are fully vaccinated.... No one had side effects

Its true ,this shit has damaged me sexually 2mnts sleeping side by side with my wife and nothing happening.My body tempreature has changed also,im sweatin daily at night to the point of changing sheets,as im writting now temperatures are low today but im feeling hot.

These Medical societies and the Gvt must not oppose or argue with the victims,instead let them assist them so that some of these side effects are recorded @WHO.

Dr Mlilo we know people who lost lives because of the vaccine.We know a lot who started to complain of certain side effects.I for one i suspect to be now suffering a ED, im a none smoker,i dont drink,work out daily..but ever since i was vaccinated i have this burning sensation all over my body and get tired even though im doing nothing.I feel different,its painful because i dont have a history of medical problem.

Vaccinating was my worst mistake ever,and its stressful because even the scientists are also on panic mode.

I also received the Sinovac and you people better assist the lady,than to urge with no concrete evidence.