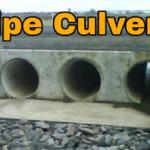 A temporary culvert on a detour along Chambara River a few kilometres before Honey Spruit in Mashonaland East Province was yesterday swept away by rains, resulting in a haulage truck being stuck.

Transport and Infrastructural Development Minister Felix Mhona Friday noted that a crane had been organised to move the truck stuck in the culvert. Said the minister:

It’s just a wash away of a temporary culvert on the detour and traffic has been redirected back on the main road. In the meantime, Fossil Contracting has organised a crane to move the truck stuck on the culvert. As soon as the water subsidises, they will fix it and it’s a day’s work.

The government declared all roads a state of emergency and disbursed US$400 million under the Emergency Road Rehabilitation Programme (ERRP2) launched in March 2021 by President Mnangagwa.

Most of the road networks were in a bad state and were now dubbed “death traps.” The incessant rains of 2019 worsened the state of roads and also slowed down rehabilitation efforts.

Road construction falls under the National Development Strategy 1 in the infrastructure cluster, and roads are regarded as key economic enablers in line with the attainment of Vision 2030 and of an empowered upper-middle-income society.