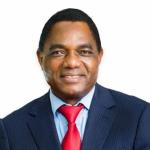 Zambia’s president, Hakainde Hichilema has scrapped January fees for public schools in that country. He said on Twitter:

Ever imagined that you’d be entering January without worrying about school fees? Jan 2022, if you have a child in public school, you won’t pay anything. This is what we promised & have delivered. When we removed fuel subsidies, this is what we intended for our people. #Zambia

The previous budget allocations to Education are as follows:

Education Minister Douglas Siakalima said that the removal of subsidies is meant to enhance service delivery in sectors such as education that have been receiving inadequate funding in the past.

Mr. Siakalima said that it is the intention of the government to increase funding to the social sector but this can only be done when the country has marshalled enough domestic resources.

Meanwhile, say the move is merely a political gimmick. Said one critic:

The price of fuel and electricity has gone up. So has the cost of living. So if you take these into account majority of households are worse off or remained the same. Substitution of one cost for another is not development.

US$0 Harare
Merk 4 months ago

They will see that this was a bad idea. It's not about making your supporters happy. Thr economy will crash because of this and we as Zimbabweans have the scar tissue to prove that it doesn't work. Giving people so called free things doesn't mean no one is paying for them. The government will lose a lot of money that could've been used somewhere else like in money making projects that can give people work and they will earn an honest living instead of just going to school and being unemployed laterally. Even in developed countries like the US and the UK, this isn't beinf done because they know it's bad for economics. But anyways it's just always another day in this paradise called Africa...

Merky you are correct. That's why we're giving you mbeu nefertilizer every year so that you grow for yourself an earnest plate of sadza and muriwooo every year.

According to the law basic Education must be free.If countries like Zimbabwe could adjust themselves to the constitution we should see primary school free and manybe basis tertiary certificates offered for free at the expense of the governement.

Haaa those who are saying is a worse idea you not understanding kwanz for January only Zambian president knows that vanhu havana mari muna January. #January dszy .Good move Zambian president

The comparative advantage of free education is high unemployment rate

Monzi Education free for ALL

What's the comparable advantage of free Education for ALL in relation to those basic necessities costs which went up.

If we just focus on the cost of living on its own, Zambian people are in a worse off position

Bambo, at least they not paying fees. Muno next week fees are expected to be 300% higher muno. Iwe woti they are worse off than muno. At least some positive thing. And remember this guy us building up what rascals like the ones you support destroyed in decades. One step at a time. He is building up. Watch the space. Soon a lot of Zimbos will be flocking Zambia the way we do to Botswana and South Africa.
Economics, Economics kudii? We have a whole Professor Vostro and Doctor Nostro who are struggling to make things work muno.
Zvimwe hazvidi kunyepera kuda kushandisa dzidzo.

Free doesn't mean Poor quality. Because "Free" doesn't mean it's not being paid for or funded.
Good move Your Excellency.

It was caused by cases similar to the one I recently know of. A whole ZANUPf high ranking official (MINISTER) ensures that they take out gonyet rizere fertilizer from GMB, then distribute about a third to people in a certain area(a few) before directing the truck to a certain place (his friend's home). Even mudhumeni akasainira at GMB tried fighting this decision but he was told to do as commanded. Right now that fertilizer is being sold from a house at a cost of $4 per 5kg measure. Yakatozara mumba memunhu so as I speak and she's selling on behalf of the ZANUPf minister.
That's an example of what's causing our mess not what you are talking of. We never had free education here.

Report Abuse
Me 4 months ago

My point is Education system inoda a lot of investment for institutions to be efficient and effective. For the public yes vabatsirika but vachaibhadhara thru high costs of goods. HAKUNA CHINONZI FREE EDUCATION

Remember last week or so Zambia yainzi yapinda muAusterity, meaning higher costs for operations for both people and institutions