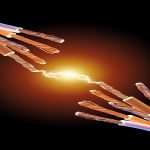 Police say the matter came to light following a misunderstanding between the duo on how to dispose of the loot. Pindula News presents a police report on the case.

The ZRP confirms the arrest of Kanzota Mwale (38) and Elliot Mubhimi (46) for theft of 43 kgs of copper bundles at Sino Hydro Expansion Stores, Hwange on 15/10/21.

The duo who were security guards at the workshop stole the copper from a stockpile covered in a tent and hid the loot outside the premises. A misunderstanding between the suspects on the disposal of the loot unearthed the offence leading to their arrest.

This is happening when the Zimbabwe Electricity Supply Authority, the local power utility, is attributing some of the power cuts in the country to vandalism of the authority’s equipment.

In  August last year, ZESA reported that it had lost 23 000 transformers and 76 000 cables in Bulawayo to thieves and they need to urgently repair them.

The current case echoes 2019 remarks by President Emmerson Mnangagwa that thieves who were stealing transformers had connections with people working at the power utility, ZESA, or they themselves were ZESA workers.