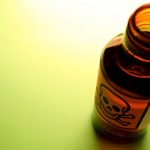 A 71-year-old woman from Woodville plots in Bulawayo was dragged before a magistrate charged with malicious damage to property after she allegedly poisoned her neighbour’s six goats resulting in the death of two of the goats.

The suspect, Busisiwe Hove pleaded not guilty to the charge when she appeared before Bulawayo magistrate Nomasiko Ndlovu who remanded her out of custody to Tuesday next week.

The court heard that Hove and the complainant in the case, Siduduzile Phiri (46) are neighbours in Woodville.

It is alleged that Phiri’s goats were always straying into Hove’s plot and she was not happy with that.

It is further alleged that Hove put poison into some water and then gave the contaminated water to Phiri’s goats when they strayed into her yard.

After drinking the poisoned water, two of Phiri’s goats fell sick and thereafter died while the other four also fell sick and suffered internal injuries.

Phiri reported the matter to the police leading to Hove’s arrest.