Grade 7 Girl Impregnated By A Relative 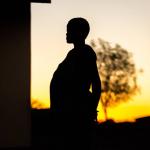 A thirteen-year-old boy (name provided) has appeared before the courts after he allegedly impregnated his relative, a grade 7 girl in Jerera, Masvingo.

Sources who spoke to Pindula News said the uncle of the girl took her for holiday to Bulawayo. A few days later, they observed some suspicious behaviour – her stomach was swelling, she was sleepy, had difficulties walking, and she was refusing to eat some foods.

They confronted her and she said she had stomachaches. They ran a pregnancy test and the result was positive.

A close family member told this reporter that the uncle then approached elders in the family and notified them of the development. Another test was conducted and it came out positive, again.

They asked her who was responsible but she refused to speak. After some persuasion, she indicated that a 13-year-old relative (not a close one) who is her neighbour in Jerera had impregnated her.

They reported the matter to the police who then accompanied the girl’s uncle to Zvishavane where the boy was working at a mine and arrested him.

They brought him to Zaka where his parents are and informed them of the development. The source said the parents of the boy begged that the matter be concealed but some family members were adamant that the case take the legal route.

The matter was eventually reported at Zaka police station and was registered under case number RRR4748569.

The accused has since appeared before the courts where he was asked to pay a ZW$5000 bail.

A police officer who is handling the case said in previous cases like this, the offender would be cautioned or ordered to do community service since they are both minors and also considering that their age difference is not that huge.

The pregnancy is said to be 4 months old.

Our laws are nature versus nurture. Give the children their space.

They are all kids. They must be protected both of them.

Until now, I was thinking boys turn to adulthood from 16 onwards. Is the 'boy' really 13 and can 13-year old impregnates? Someone is cheating their age. They are all juveniles. If found guilty, the boy will serve his sentence in a children prison in Kadoma ( Kadoma Training Institute).

It's a clear case of men being on the receiving end of unfair laws. In some countries sex between minors doesn't get to have one of them charged

Couldn't have said it any better. A minor is being charged with having sex with a minor but the other minor is not being charged with the same. It doesn't make sense. This is one of the many laws designed to oppress women. Men should rise up against this lest we become legally opressed by women.

Anongoitwa hake warned and discharged or community service. However since the boy is also a minor achangonzi amboenda kwaprobation officer kozouya report ... anngovawo hake necriminal record re SOA chete nekut the girl ddnt allege rape but she consented to the sexual activity

I blame the girls' parents