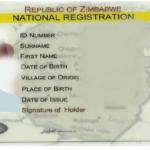 The Zimbabwe Election Support Network (ZESN) has said the government’s failure to issue national identity document (ID) cards has become a major threat to elections in the country and should be addressed as a matter of urgency. , an election watchdog has said.

The election watchdog called on the government to capacitate the Civil Registry to enable it to secure consumables needed in the production of IDs to allow eligible voters to register to vote. ZESN said:

Voting is a democratic right which only those who are registered to vote can enjoy. A national ID or valid passport is a requirement for one to be able to register to vote. Young people, citizens who lost IDs and those who have become eligible have been finding it difficult to get the IDs, threatening their disenfranchisement in electoral processes.

ZESN added that it was important to decentralise the issuance of national documents to enable all citizens and youths who have attained the voting age to take part in voter registration.

The Civil Registry is struggling to provide ID’s and passports for citizens, critical documents needed for voter registration, voting and access to basic services.

Early this week, the Home Affairs ministry revealed that some of the Civil Registry offices had stopped issuing the plastic IDs owing to a lack of consumables.

This was despite the government earlier pledging to clear the backlog.

Zanu pf is not stupid they kno these ama 2000 are all mdc. And if they decide to register and vote then surely mukomana akutopinda

LET US ALL RALLY BEHIND ZESN AND TELL ZAC WITHOUT WAVERING THAT POVO WANT ELECTIONS AS AND WHEN THEY ARE DUE.

I WISH TO REMIND ZEC CHAIRPERSON, PRISCILLA CHIGUMBA THAT SHE SHOULD NOT LOSE FOCUS ON ELECTIONS. GOVERNMENT MUST AVAIL RESOURCES TO CIVIL REGISTRY SO THAT JT CAN OPERATE ADEQUATELY.

IT IS TANTAMOUNT TO RIGGING ELECTIONS IF THEY DO NOT ISSUE ID CARDS AND PASSPORTS BECAUSE FOR ONE TO REGISTER AS A VOTER ONE NEEDS AN ID OR PASSPORT.