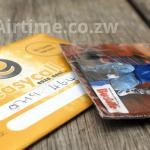 Minister of ICT, Postal and Courier Services, Jenfan Muswere said that the Government is working on a number of initiatives to reduce data costs for the benefit of citizens.

In an interview with The Sunday Mail, Muswere identified the operationalisation of the National Internet Exchange Point and infrastructure sharing among internet access providers as some of the initiatives to reduce the cost of data. Said Muswere:

POTRAZ (Postal and Telecommunications Regulatory Authority of Zimbabwe) has been encouraging infrastructure sharing, in particular among internet access providers, with a view to reducing the cost of service provision.

There is also a focus on the establishment of a National Internet Exchange Point, which will facilitate the exchange of traffic at the local level, cutting on the need and cost of transiting internet traffic via internet transit hubs overseas.

Further work is also being carried out on operationalising the National Internet Exchange Point into a Regional Exchange Point so that Internet traffic is also exchanged at the SADC level thereby making internet traffic in other SADC countries available to users in Zimbabwe without transiting through international transit hubs.

Our ministers are employed to talk and earn for zero action.