Govt To Upgrade Radar After Planes Sneaked In And Out Unnoticed 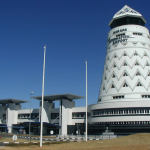 The Government says it is working on installing a new radar to improve the surveillance of civilian airspace, amid fresh revelations of a crisis in the air traffic control system.

An association of the country’s air traffic controllers (ATCs) in May told the Civil Aviation Authority of Zimbabwe (CAAZ) board of directors that they had operated without the aid of a working radar system since 2010.

However, Transport and Infrastructure Development permanent secretary Theodius Chinyanga, in an interview with The Standard said the aviation system always had surveillance equipment in place.

Chinyanga refuted a report claiming that private aircraft were sneaking in and out of Zimbabwean airports without detection due to poor surveillance.

He was quick to admit though, that the surveillance equipment was installed a long time ago and, therefore, needed to be replaced. Said Chinyanga:

Any aircraft that is of a civilian nature files its flight path papers before departing, so there is no chance of sneaking in and out.

CAAZ have a radar, but it is old technology. The new installation would be based on the current generation of radars.

The current upgrades on infrastructure should entail all facets of surveillance as well.

On reports of private planes flying at low altitudes in and out of the country, Chinyanga said low-flying aircraft was the responsibility of the Defence ministry.

Defence minister Oppah Muchinguri-Kashiri reportedly said she was in a meeting when contacted by the publication.

She is said to have ignored several other calls and WhatsApp messages.

But in an interview with the government-controlled media in December last year, Muchinguri-Kashiri admitted to the possibility of aircraft arriving and leaving undetected. She said:

There are too many airstrips and we know that there are some small aircraft that fly very low and are difficult to identify.

This is due to the old radar system that urgently needs replacement.

… We are working with CAAZ to close the gaps used by these small aircraft to smuggle minerals, especially gold.