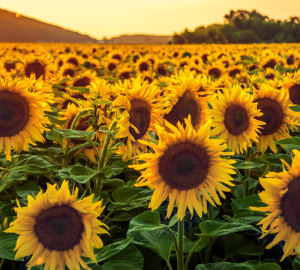 The Government will soon make it mandatory for communal farmers to grow sunflower as it seeks to substitute US$200 million worth of crude sunflower oil imports.

Zimbabwe is losing scarce foreign currency through the importation of between 60 000 and 65 000 metric tonnes of crude sunflower oil from South Africa annually.

Cotton and sunflower must be the principal cash crops for communal areas and old resettlement areas, which is why we are putting quite a lot of sunflower seeds.

We have received 417 metric tonnes and I’m expecting another 150 to 200 metric tonnes altogether to add to the 120 hectares of sunflower if every household takes their pack.

That must be distributed as expeditiously as humanly possible so that each household does sunflower.

In the Pfumvudza/Intwasa pack, sunflower is a mandatory crop for everyone because we cannot continue to import cooking oil for use in homes.

He said instead of spending US$200 million on crude sunflower oil imports, the money should be paid to local farmers. Said Masuka:

All oils that we use in the homes are largely imported from South Africa. So, we spend US$200 million paying for the imports and in a way indirectly supporting South African farmers to be able to produce more in order to export to Zimbabwe.

We have said starting this year, we need to build import substitutions and be able to pay the equivalent of US$200 million to our own farmers.

Even Zanu Pf itself is plainly admitting yellow is the future, You can't make it without yellow Never. Yellow fever 💛💛💛🇿🇼🇿🇼🇿🇼

YELLOW IS BEAUTIFUL😊. IF GOVERNMENT IS SERIOUS WITH ITS PLANS FOR PEOPLE TO GROW SUNFLOWER, IT MUST PAY THE FARMERS HANDSOMELY, ESPECIALLY IN THE FIRST YEAR.

Our fields going yellow . And it's mandatory .