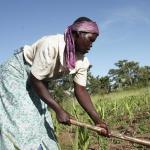 The Zimbabwe Land Commission (ZLC) is undertaking an extensive audit of over 220 000 farms allocated to indigenous farmers during the Land Reform Programme to eradicate multiple farm ownership and locate underutilised land.

The ZLC is carrying out the third and final phase of the Comprehensive National Agricultural Land Audit, with teams of auditors already on the ground.

To date, more than 71 000 farms have been audited under two phases of the land audit and the Government has set aside $3,5 billion for the exercise. Said Bare:

Government has directed that the land audit programme be completed in 2022, which will be the final phase of the agricultural land audit.

At least 16 out of 54 agricultural districts (29 per cent) have been completed to date.

The scope of the audit is all agricultural land across all models and categories in these districts.

The audit may reveal if there are abandoned vacant underutilised and multiple farm owners amongst other information captured via the audit instrument.

She said the whole exercise will be wholly funded by Government to the tune of approximately $3.5 billion. Added Bare:

This budget includes funding for both recurrent and capital expenditure for the purchase of tools of trade such as suitable vehicles, tablets for data collection and computers.

The Government currently has over 200 000 land applicants on its books.