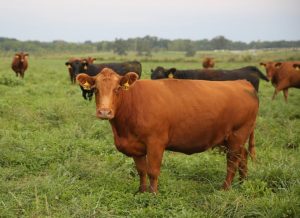 The Government has a plan to rebuild the national dairy herd from 39 980 to 60 000 cattle in the next five years.

He was speaking during the launch of the Presidential Command Silage and Pastures Scheme at Mafumise Primary School in Chipinge last week. Said Haritatos:

Over the next five-year period, there is a plan to rebuild the dairy herd from the current 39 980 to 60 000 through a combination of interventions largely driven by the private sector, with the Government providing an enabling environment.

The sector has robust plans for growth which include increasing the number of dairy cows through importation and local herd growth.

Farmers will also be supported in feed production and formulation.

Government has also approved access to inputs, mechanisation and irrigation facilities by small and large-scale dairy farmers through the Presidential Livestock Inputs Support Scheme in an effort to boost milk production.

Haritatos said the country is currently producing 79 million litres of milk annually against the nation’s consumption of 150 million litres.

He however said that despite the challenges, milk production increased by 6.7 per cent in the third quarter of 2021.

During the launch of the event, 20 small-scale dairy farmers received inputs worth thousands of dollars.

THE CURRENT GVT SHOULD STOP IMPLEMENTING NEW PLANS.THE INCOMING GVT OF CCC WILL HAVE PLANS OF ITS OWN.

Too late, you are left with one and half years only. Mayimboiteyi makore ese aya.