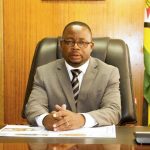 The National Joint Negotiation Council (NJNC) is scheduled to meet this month or early December latest to discuss a possible review of civil servants’ salaries.

Public Service, Labour and Social Welfare Minister, Paul Mavima, on Tuesday, told State media that the envisaged NJNC meeting will come up with a roadmap on the review of civil servants’ salaries. Said Mavima:

This meeting is supposed to take place sometime either this month or early December and will outline what will happen as far as civil servants’ salaries are concerned.

Maybe they will come up with a roadmap as to when reviews will be done going into 2022.

In April this year, the Government increased civil servants’ salaries by 25 per cent, and again in July by between 45 per cent and 50 per cent.

This was revealed by Amalgamated Rural Teachers Union of Zimbabwe (ARTUZ) president Obert Masaraure in an interview with NewZimbabwe.com Wednesday.

Masaraure said the teachers do not want a salary raise but the restoration of their pre-October 2018 scale when they earned above US$500 a month each. He said:

We are on the ground organising and pushing to that day where we will bring the education sector to a standstill until this government pays our salaries.

Not even a salary increment, we just want the restoration of our pre-October 2018 salaries which were at a minimum of US$520 and we are saying if Mthuli Ncube and Emmerson Mnangagwa think that business will remain normal, come exam time they are going to be shocked with what is coming their way.

To be honest,my heart bleeds especially for the bible prefession of teaching. Minister Mavima once talked about this NJNC meeting taking place in September or October. Now he's talking about November or early December and crafting a roadmap for 2022. Saka you mean kuti this month civil servants will make do nenzungu dzavakawana muna October. This is sad and very worrying indeed. The only way to achieve your so called Vision 2030 is to have a content workforce, pasina izvozvo,hapana hapana,mark my words. Munozviruza izvi

I don't know how civil servants are going to push this coming festive season. Especially teachers.

They are talking about increment of April, July not taking into account the rate at which the Rtgs is being eroded at the black market. If they were to take a glance on that matter definitely they'll come up with a better saying, than these nonsense auterings, until when,, roadmap, roadmap since when

Kkk, hanzi...NJNC meeting will come up with a roadmap on the review of civil servants’ salaries. Said Mavima:

This meeting is supposed to take place sometime either this month or early December and will outline what will happen as far as civil servants’ salaries are concerned.

Maybe they will come up with a roadmap as to when reviews will be done going into 2022. This is all bullshit, manyepo aya. Emerson kana atadza kuwedzera salary ngangoidzerera payanga iri tina Gabriel. Saka paaiti hee hee 100 days aida 100 days kut adzore pay yedu yainge yagara isingakwane. Truly speaking He is failing on this issue ngatipewo ma serious immediately