Government Will Use “Anyone” To Invigilate Examinations If Teachers Boycott 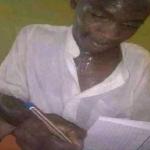 The government Sunday accused teachers of presiding over the collapse of the education system by refusing to invigilate the Zimbabwe Schools Examination Council (Zimsec) “O” and “A” Level examinations for free.

Zimbabwe’s largest teachers’ union ZIMTA, yesterday said it would attend a National Joint Negotiation Council meeting today, whose outcome would determine whether its members would withdraw their services from the Zimsec examination process.

Primary and Secondary Education ministry spokesperson Taungana Ndoro on Friday told NewsDay that if teachers withdraw their services, the government will use “anyone” to invigilate the examinations. He said:

Invigilation and teaching in class are two separate issues. Invigilation can be conducted by anyone…

On Sunday, Ndoro said while teaching was a noble profession, some teachers’ unions were no longer concerned about the education of learners. He said:

However, in today’s world, the word ‘noble’ is misused by the likes of leaders of ARTUZ, ZINATU and the one-man-band EUZ. As for the second-largest teachers union in Zimbabwe, PTUZ, we respect that their teachers stretch themselves to help their learners without unreasonable expectations.

They remain noble together with a host of non-unionised teachers that we are confident will invigilate exams with no immediate extra benefits because they are doing a noble profession.

But the unions accused the government of using divide and rule tactics to dissuade them from fighting for a common cause.

EUZ secretary-general Tapedza Zhou said EUZ members are not “anyone” who can provide invigilation services for free adding that teachers have made up their mind about not invigilating for free.

PTUZ secretary-general Raymond Majongwe said the government’s failure to address the concerns of teachers was compromising the quality and standards of education.

So you are prepared to pay the 'anyones' and not teachers for invigorating? Ndoro wake up teaching being a 'noble' profession does not translate to doing work for free . U rightly put it when you said teaching and invigilating are different issues . The fact that they are different means they have to be paid separately. . Stop being arrogant and righteous than thou address teachers concerns. Teachers are not destroying education its you the arm chair authorities that think you are in charge.

Is that "anyone" qualified and trained to invigilate? If not,wont letting them invigilate discredit the final results?

US$0 Harare
Shadows 6 months ago

Does that mean "anyones"(sic) hired as invigilators will offer their services for free ?

How are the teachers presiding over the collapse of the education system in Zimbabwe when they are working for free????.......stop taking us for fools

Tirikuudzirwa zvekuita nenzungu dzatirikupiwa nanaSekuru avo and nothing else. All we want is a living wage,is that too much to ask for. The other civil servants that you refer to are banking on the teachers to do the donkey work for your own information, remember.