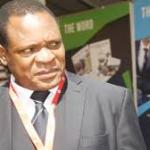 The Government has withdrawn offer letters from two farmers in Manicaland Province who were not utilising the land.

The two farmers were granted land totalling 600 hectares under the Land Reform Programme.

In a notice on Monday, Lands, Agriculture, Fisheries, Water and Rural Development Minister Anxious Masuka said the farms were being withdrawn as one of the owners was not utilising the land, while the other farm had not been taken up. He said:

Notice is hereby given to the land beneficiary that the acquiring authority intends to withdraw his offer letter for not taking up his plot in contravention of the terms and conditions of their offer letters.

The beneficiary should respond to the notice within 14 working days of this publication.

The respondents were identified as van Rensburg of Cavala Farm in Makoni, and one E Matibiri of Brondesbury Farm in Nyanga.

Cavala Farm was abandoned while Brondesbury had not been taken up.

Why not give maEx-convicts this idle Land considering their experience on farming due to forced labour whilst incarcerated this will dovetail with ZPCS mission statement that says INCASARATE,REHABILITATE AND RE-INTEGRATE BACK INTO SOCIETY.SAKA PA RE-INTEGRATE APO VEDUWE

Is this not reversing the Gains of the liberation struggle?

If they are not being utilised ngaatorwe,we cant be buying maize from other countries isu tiine minda isiri kurimwa,Asiri kurima ngaatorerwe,its long overdue.

Minda ngautorwe...... kuno a lot of farms are idle in Mashcentral