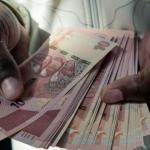 The government has suspended the disbursement of COVID-19 relief allowances to vulnerable people “to prevent abuse of the facility due to limited monitoring mechanisms”.

The development was announced by Public Service ministry secretary Simon Masanga when he appeared before the Parliamentary Portfolio Committee on Public Service chaired by Emma Ncube (ZANU PF) to give oral evidence on the Auditor-General’s 2019 report on COVID-19 relief funds.

He told MPs that the government had been using the State-owned NetOne’s OneMoney wallet for cash transfers. Masanga said:

Some of the data provided was not reliable as it lacked correct contact details, and many names were rejected by the service provider.

A sizeable number of beneficiaries on the database had similar identity numbers and addresses. There was limited mobility for monitoring and evaluation, making it difficult to verify if allowances were being paid to deserving beneficiaries.

This forced the ministry to make the difficult but bold decision to stop the programme in the spirit of protecting public funds.

Masanga said the ministry issued NetOne SIM cards to the beneficiaries, but directed the service provider to suspend payments, adding that the figure for the monthly allowance was also too small to make an impact.

The beneficiaries were initially receiving $180 before the figure was raised to $300 from July 2020.

He added that some beneficiaries moved to new locations and could not be traced and as a result, there was little uptake of the allowances by the intended beneficiaries.

Masanga also said the interventions were suspended until the correct beneficiaries have been identified.