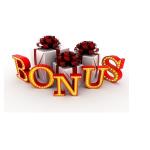 The government has said that civil servants will have their US dollar bonuses calculated on the conversion rate of $97,1361 to the US dollar, the rate existing when the decision was made.

The bonus will include the total of the basic salary, housing allowance and transport allowance, civil service union leaders announced yesterday.

The maximum paid in US dollars is US$700, with anything over that paid in local currency.

With the exchange rate being used, this means that everything in the combined figure up to $67 995.27 will be paid in US dollars.

Zimbabwe Confederation of Public Sector Trade Unions (ZCPSTU) president Ms Cecilia Alexander, in a statement after the end of yesterday’s National Joint Negotiation Council, said the bonus will be deposited into the civil servants’ Nostro accounts.

They will be accessed as US dollars while the backdated bank charges will be dealt with by monetary authorities.

The bulk of civil servants will start receiving their US dollar bonus payments this week, with most expected to be paid this month while the rest are expected to receive their money before the end of the year.

Last week, Public Service, Labour and Social Welfare Minister Professor Paul Mavima confirmed the expected payments will be starting this week with those in the education sector receiving first while “the bulk of the civil servants will receive their bonus this month and the rest next month.”

I smell a rat that the civil.servants bonus are to be paid in RTGS but coated as USD.Zvema Nostro Account hazvishande internationally.

Makwishem, asi uri mu China? This forum is for natives only plz go to your ambassador he can connect you to your countrymen

BUT MAY CAMARADA MINISTERS MTHULI NCUBE AND LARRY MAVHIMA CLARIFY BY GIVING DATES WHEN THE BONUS PAYMENT IS DUE BECAUSE PENSIONERS EARN LITTLE MONEY. WE CAN NOT AFFORD TO COME TO TOWN AND ONLY TO BE TOLD BY THE BANK THAT WE HAVE PAID THEM A VISIT ON A WRONG DATE.

TODAY'S APPRAISAL TALKS ABOUT THIS WEEK AND NEXT MONTH WITH NO PAYMENT DATES GIVEN. PLEASE GIVE DATES OF BONUS EMULMENTS PAYMENT. WE AM AWARE THAT OUR MONTHLY PENSION PAYMENTS ARE DUE ON 26 NOVEMBER 2021.

WHEN I AM AFRAID, I PUT MY TRUST IN YOU.

US$8.00 Chitungwiza
Kanda 6 months ago

Why civil servants only what about US people yu need to sets for the whole nation..