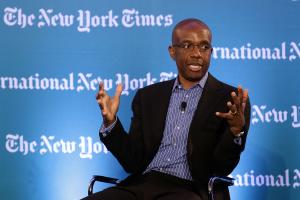 Google has appointed James Manyika as the company’s first senior vice president of Technology and Society.

Manyika will report directly to Alphabet’s (Google’s parent company) CEO Sundar Pichai and will be working on the impact of technology on society, shaping the company’s views on topics, including AI, the future of work, sustainability and other areas that can make a significant difference. Pichai said:

I’m thrilled that James Manyika will be joining Google’s leadership team. He’s spent decades working at the intersection of technology and society and has advised a number of businesses, academic institutions and governments along the way.

Manyika has spent 28 years at McKinsey helping companies and governments (including technology leaders) make decisions based on economic and cultural trends.

The former University of Zimbabwe and University of Oxford graduate serves on the boards of research institutes at Harvard, MIT, Oxford, Stanford, and other high schools.

US$0 Harare
Bright 5 months ago