Gold Dealers Robbed Of Thousands Of US Dollars, Rands Over The Weekend 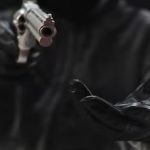 The Zimbabwe Republic Police has noted with concern the number of people being targeted by robbers while keeping large sums of cash in their homes, vehicles or business premises. In some cases, the cash will be proceeds from illegal activities such as illegal gold mining.

On 16th October 2021 at around 0200 hours ten unidentified suspects pounced at a 70-year-old mine owner’s homestead at Colleen Bawn, Gwanda where they attacked two of his family members before stealing US$40 000-00 cash and a cell phone.

On the same date, the suspects went to a nearby homestead where they stole ZAR 310 000-00 cash, two cellphones, as well as car keys of an unregistered Ford Ranger pickup vehicle from a couple, suspected to be involved in illegal gold dealings.

The suspects cut the perimeter fence using an unknown object and broke into the house through the kitchen door before they demanded cash from the complainants.

On 17th October 2021 at about 0000 hours, a 32-year-old man was robbed of US$5 000-00 after he was intercepted by four suspects who were in a Honda Fit vehicle registration number AEQ 7448 while driving a Mercedes Benz C180 along Leopold Takawira Road in Bulawayo.

The suspects produced an unidentified pistol before they dragged the complainant out of the vehicle and took the money which was in a glove compartment in the dashboard.

In a related case which occurred on 17th October 2021 at around 0915 hours, in Patchway, Kadoma, two unknown suspects, armed with an unidentified rifle attacked the two shop attendants before getting away with US$3 777-00 and ZWL 8 000-00 which was in an unlocked cashbox. The owner of the shop is an accredited gold buyer.

The Zimbabwe Republic Police is appealing for information that may lead to the arrest of the suspects.