Gokwe Teen (15) Dies After Being Kicked In Privates 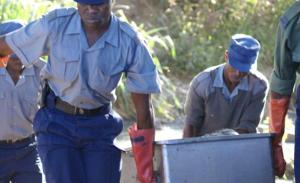 A 15-year-old boy died a few hours after being kicked on his private parts while playing with other boys on Thursday last week.

Zimbabwe Republic Police confirms conducting an investigation into the murder of a 15-year-old juvenile who died after he was kicked on private parts whilst playing with other boys at grazing lands.

Circumstances are that the now deceased was herding cattle with other boys when they divided themselves into two teams as they played a game, they termed kick-boxing.

The teams stopped playing and Tinashe proceeded home whilst experiencing difficulties in walking.

Upon arrival, he narrated what had happened to his aunt who rendered first aid.

Tinashe reportedly died after his condition deteriorated at night and the body was ferried to Gokwe Hospital Mortuary where it awaits post mortem.

Inspector Mahoko urged members of the public to always monitor children when playing.