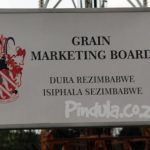 The Grain Marketing Board (GMB) says it has paid a total of ZW$60 billion to maize and wheat farmers for deliveries made during the 2021-2022 marketing season.

The parastatal had received 207 608 tonnes of wheat by 6 January this year, a marked increase from the 156 115 tonnes received from the 2020 winter cropping season.

GMB has also received 987 353 tonnes of maize and paid $48 billion to farmers for the staple and traditional grains.

Generally, 2021 was a good year for GMB as we managed to meet and in some cases surpass our targets. A case in point is wheat deliveries where we procured 207 068 metric tonnes.

In excess of $48 billion has been paid to farmers that delivered maize and traditional grains while in excess of $12 billion was paid to wheat farmers.

When we started the marketing season on 1 April 2021, our intention was to pay farmers within 72 hours after delivering their crop.

However, in some instances, we were let down by farmers who provided us with wrong bank accounts or banking details with low KYC.

As a result, the money that we transferred would bounce. To rectify the situation, GMB introduced a Farmer’s Card with a full KYC account.

Through this card, a farmer can make all the necessary transactions including transferring money into his bank.

He said farmers under both commercial and communal areas should consider growing sunflower as it can be grown under a wide range of soils, matures early, and also serves both humans and animals as it is used to manufacture cooking oil and stock feed.

The pre-planting price for sunflower as approved by the Government is $150 636, 20 per tonne.

The Terraces 4 months ago