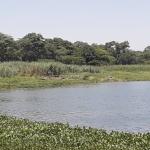 Health experts have warned that residents of Harare’s Glen View and Budiriro high-density suburbs are at risk of other outbreaks of cholera and typhoid due to recurrent sewer bursts coupled with the City of Harare’s failure to provide potable water.

In 2018, Glen View experienced a cholera outbreak that affected about 9 100 residents

In 2008, both Glen View and Budiriro were the epicentre of a cholera outbreak that claimed over 4 000 lives.

We have had cholera cases in 2008 and in 2018, and there were many deaths; which tells us that Glen View and Budiriro are prone to these diseases.

This is dangerous considering we are now in the rainy season, the sewage will seep into the water table contaminating it and the risk is that upon tests, the borehole may be decommissioned, and people will face challenges getting water.

We understand the City of Harare is failing to provide water at the household level.

Once boreholes are decommissioned, it gives problems to residents, especially women and girls who will have to walk long distances to fetch water.

We have problems with sewer bursts, almost daily, sometimes they come to repair but nothing really changes, there is no progress.

Some boreholes were decommissioned after they were found to be contaminated as a result of the sewage system that is in bad shape.

It is even difficult to dig wells because our water table has been contaminated.

Harare mainly depends on Lake Chivero for its water needs but the reservoir is heavily contaminated and efforts to build another supply dam, Kunzvi Dam, for the capital, are yet to bear fruit.